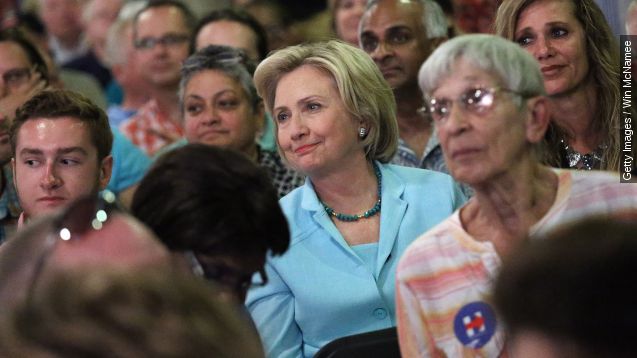 The U.S. State Department, along with five intelligence agencies, are combing through about 30,000 emails Clinton sent and received using a private email server while acting as Secretary of State. (Video via U.S. Department of State)

Clinton herself seemed more confident with the process than worried in an interview with Iowa Public Radio last week.

"But I never sent nor received any classified email, nothing marked 'classified.' And I think this will all sort itself out. And in a way, it's kind of an interesting insight into how the government operates," Clinton told Iowa Public Radio Friday.

So far, at least two emails from Clinton's server have been marked as classified, though Sen. Dianne Feinstein released a statement last week saying none of the emails supposedly containing classified information were written by Clinton.