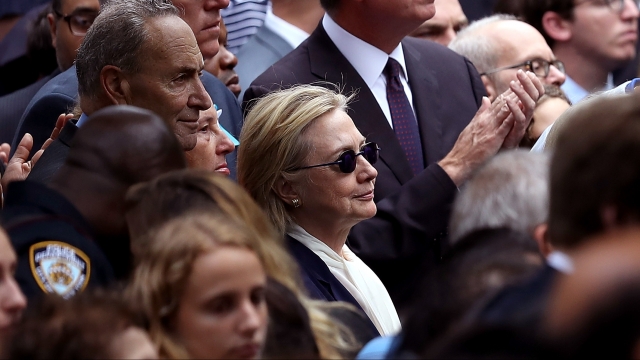 A lot of people still have questions about Hillary Clinton's health after her bout of pneumonia. So the Clinton campaign's releasing additional information to try to put the questions to bed.

The campaign released two letters: a new letter from Clinton's doctor to supplement the one she released months ago, and a similar note from the doctor of her running mate, Sen. Tim Kaine. Clinton's note contains more details about the pneumonia that caused her to leave a 9/11 memorial event early.

SEE MORE: Here's Everything You Need To Know About Pneumonia

Apart from the pneumonia thing, we now know Clinton had an ear infection earlier this year, and Kaine's doctor wants him to get more vitamin D.

That information won't swing the election or anything, but the campaign hopes to forestall any more rumors about Clinton's health and fitness to serve as president. A recent poll found around half of registered voters think Clinton's given the public false information about her health.

The Trump campaign is also addressing the candidate's health this week with an appearance on "The Dr. Oz Show."