Clinton's Aide Takes On The Role Of Trump During Debate Prep 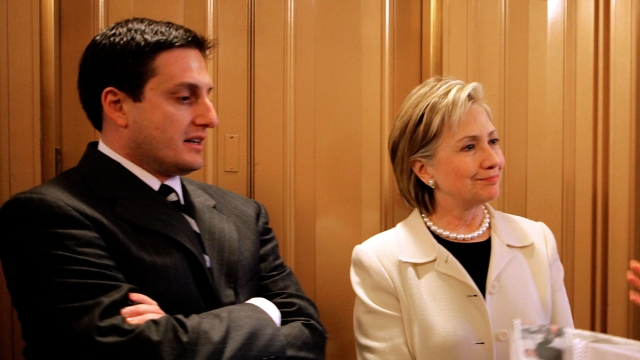 SMS
Clinton's Aide Takes On The Role Of Trump During Debate Prep
By Matt Picht
By Matt Picht
September 24, 2016
Philippe Reines has been playing the part of the GOP presidential candidate during Hillary Clinton's practice debates.
SHOW TRANSCRIPT

No one but Donald Trump can ever predict what Donald Trump's going to do next. But for Hillary Clinton's debate prep, someone has to try.

According to The New York Times, that someone is longtime Clinton aide Philippe Reines. He's apparently been playing the role of Trump in mock debates with Clinton ever since the party conventions ended.

Reines worked on Clinton's 2008 presidential campaign and during her time as secretary of state. He's most recently been scrutinized for his email correspondence with Clinton, which has come to light during Clinton's ongoing email scandal.

The Times characterizes Reines as blunt and well-versed in Clinton's political and personal weaknesses, suggesting Clinton is expecting Trump to personally attack her and try and get under her skin.

It's part of Clinton's exhaustive debate prep this cycle; her campaign has been grappling with how best to tackle Trump without playing into Clinton's image problems.

Because of Trump's unpredictable nature, Clinton is preparing to face multiple versions of the GOP candidate: whether Trump shows up as a restrained statesman or a blustering firebrand, Clinton wants to have a strategy.

It's a far cry from Trump's reported debate preparations; the GOP candidate has largely eschewed traditional debate prep, trusting his personality and focus on big-picture issues to carry him through the first one.

Trump's team apparently plans to let Clinton talk as much as possible during the debates, hoping that viewers will be turned off by her style and tone.

The first presidential debate is on Monday.