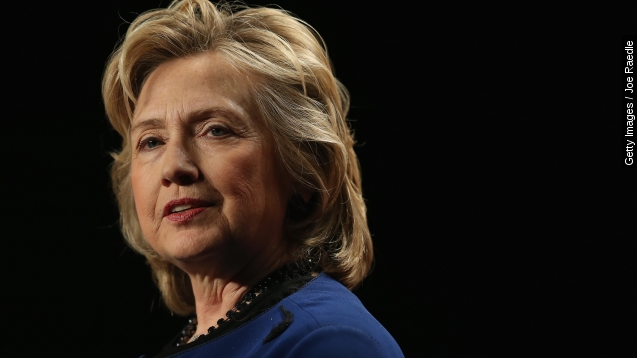 "We have got to do something about gun violence in America," Hillary Clinton said in August.

Hillary Clinton is rolling out her own gun-control plan. (Video via C-SPAN)

Her proposals include expanding background checks for weapons purchases on the Internet and at gun shows, banning "military-style" assault weapons and repealing a federal law shielding the gun industry from liability suits.

Her announcement comes less than a week after the deadly shooting at a community college in Oregon.

But Clinton's not alone in pushing for tighter gun control. (Video via Hillary for America)

Democratic candidate Martin O'Malley has called on both Clinton and Bernie Sanders to endorse his own four-point plan, which involves a national database of gun owners and an assault-weapons ban.

As for Sanders — whose home state has a strong gun culture — this is one of the few issues where he's to the right of his Democratic challengers. (Video via Hillary for America, Bernie Sanders for President)

The issue of gun ownership will no doubt come up next week at the first Democratic debate in Nevada. (Video via Hillary for America)