Clinton Pokes Fun At Trump's 3 a.m. Tweet Storm With One Of Her Own 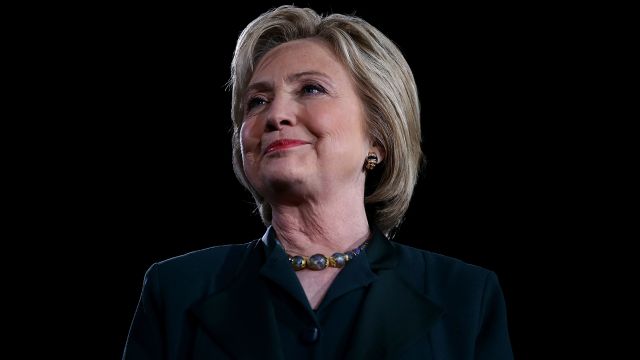 SMS
Clinton Pokes Fun At Trump's 3 a.m. Tweet Storm With One Of Her Own
By Matt Picht
By Matt Picht
October 1, 2016
Clinton responded to Trump's early morning Twitter tirade with a 3 a.m. message about national service.
SHOW TRANSCRIPT

"Who gets up at 3 o'clock in the morning to engage in a Twitter attack against a former Miss Universe?" Clinton joked during a campaign event.

After mocking Donald Trump's tweeting habits, Hillary Clinton decided to go on a little 3 a.m. Twitter tirade of her own.

Early Saturday morning, Clinton's Twitter account posted "It's 3:20am. As good a time as any to tweet about national service." That marked the beginning of a five-tweet monologue about how important and positive public service is.

Taken at face value, Clinton's tweets are just an early-bird message about her plans to expand AmeriCorps and introduce a National Service Reserve.

But she's also drawing a contrast with Trump's late-night tweets attacking Alicia Machado, a former Miss Universe winner who has started speaking out against how Trump's treated her.

The Clinton camp's message here is that while Trump's personal vendettas are what keep him up late at night, Clinton stays awake to deal with loftier matters, like national service.

The time of 3 a.m. has become significant for both of Clinton's presidential bids. Her 2008 primary campaign against Barack Obama was defined in part by a Clinton ad asking if Obama was prepared to deal with an urgent 3 a.m. phone call.

Trump's counter-argument so far has been that his Twitter activity shows he's prepared to deal with a late-night crisis. He's been doubtful on the campaign trail that Clinton has the stamina to do the same.

Trump told the National Association of Home Builders: "Ten minutes, let's get out of here. Go back home and go to sleep. Three days later, she gets back up, does another one, goes back home and goes to sleep."