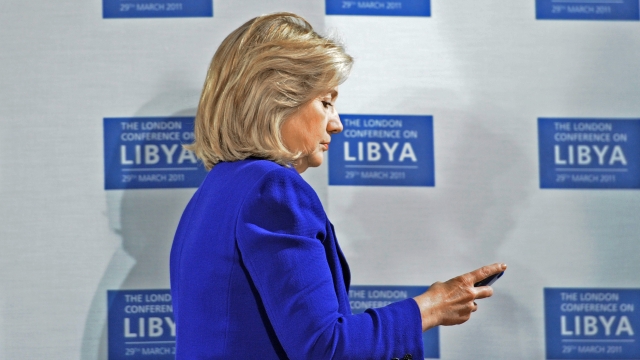 After plenty of political and public pressure, the FBI has released a summary of its investigation of Hillary Clinton's private email server from her time as secretary of state. And it has something for everyone.

The almost 60 pages don't provide any bombshells or anything we didn't know. It's essentially a timeline detailing what happened and who knew what throughout the process.

For Clinton's critics, it's a reminder of the inconsistencies between her original account of the events and what the FBI eventually found. It provides fodder to keep the words "Clinton" and "private email server" in headlines, possibly further damaging the nominee's trustworthiness among voters.

But the Clinton camp will just continue to reiterate its point of "there's nothing to see here, folks." Though Clinton's reaction to the email scandal started out all over the place, Clinton eventually apologized and promised not to do it again. That stance probably won't change, since there were no charges and no bombshells in the summary.

So what's more interesting is the precedent this release could set. The FBI does not usually release its investigation summaries, especially after choosing to not seek any charges. And Director James Comey's press conference where he essentially laid out a case against Clinton, calling her "extremely careless," was also not standard procedure.

Yes, there were a lot of things that forced such extreme transparency, from Clinton's presidential run to political pressure from the right, not to mention President Bill Clinton's ill-advised "personal" meeting with the attorney general on a tarmac during the investigation.

But this could set expectations for future investigations when there is public and political interest in the findings for the press and politicians. And once that bell is rung, it's not going to be easy to silence.