Clinton Doubles Down On DREAMers To Reach Latino Voters 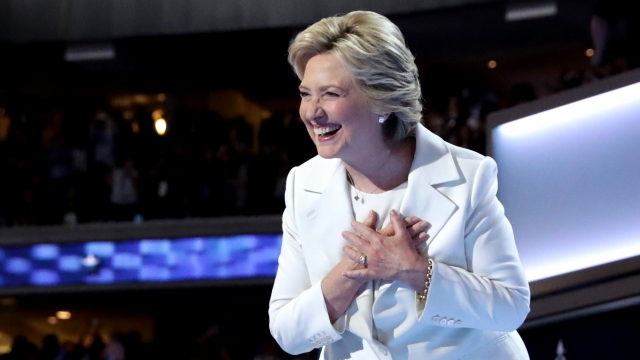 Hillary Clinton is hoping a new program will help her tap into two huge voting blocs: young people and Latinos.

The program is called "Mi Sueño, Tu Voto," which translates to "My Dream, Your Vote." Basically, the campaign would enlist the political power of DREAMers — undocumented immigrants who have been in America since they were kids — to encourage other Latinos to register and vote for Clinton.

In a statement, Astrid Silva, a DREAMer and Clinton supporter, said, "We may not have the right to vote, but 'Mi Sueño, Tu Voto' will help ensure that our stories are heard, and it will send a clear signal to Donald Trump that we cannot be silenced."

The new program comes on the fourth anniversary of Deferred Action for Childhood Arrivals, also called DACA, which helped shield thousands of DREAMers from deportation. The Clinton campaign is banking on Trump's extreme unpopularity with Latinos to win in states like Florida, Nevada and maybe even Arizona.

And with Clinton promising to introduce a pathway to citizenship within her first 100 days and Trump's anti-immigration rhetoric being the major plank of his campaign, the 27.3 million eligible Latino voters hold more sway than ever before.

And banking on the DREAMers to take the reins here is likely a good bet. DACA came around largely because of that group pressuring the Obama administration.