These Are The Last Polls You'll See Before The Election 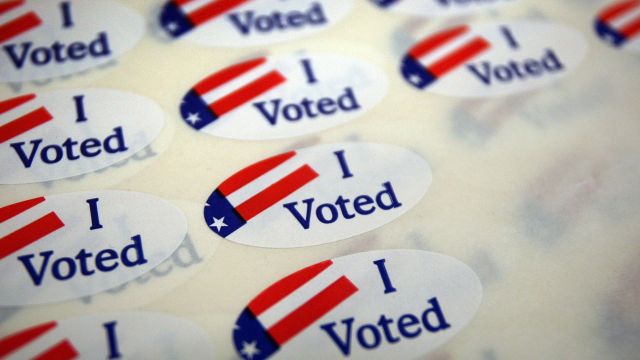 SMS
These Are The Last Polls You'll See Before The Election
By Matt Picht
By Matt Picht
November 7, 2016
Hillary Clinton has a slight lead in the final polls leading up to the election.
SHOW TRANSCRIPT

It's finally time for U.S. voters to pick their next president. Here's what the most recent polls predict will happen on Election Day.

As of Monday afternoon, national polls showed Hillary Clinton with a slight advantage over Donald Trump. But Trump was still in the striking distance of the margin of sampling error.

Several poll aggregators say Clinton's the odds-on favorite to win, though they're split on just how likely a Clinton victory is.

According to a RealClearPolitics map, Trump will likely secure about 164 electoral votes, while Clinton should get at least 203 votes. That means heading into Election Day, there are still 171 electoral votes that could go either way.

Polling in major swing states is obviously still too close to call. But as of Monday afternoon, Clinton was barely ahead in Pennsylvania, while Trump was doing marginally better in North Carolina and Ohio. Florida was on a knife's edge.

And 34 Senate seats are up for grabs this election, giving Democrats a roughly 50-50 shot at taking control of the Senate back from the GOP. The whole House of Representatives is on the ballot, but Republicans are expected to keep hold of their majority.