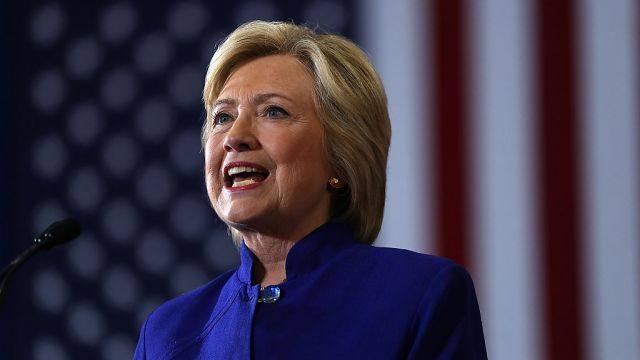 Blink and you'll miss it: the latest in a series of seemingly endless speculations about Hillary Clinton's health.

Physician John R. Coppedge says he noticed something off about Clinton's eyes during her speech at a Philadelphia rally — there are a few moments when her eyes appear to be out of sync.

Coppedge managed to conclude that Clinton has a problem with one of her cranial nerves, and he says this problem is caused by a blood clot she sustained from a 2012 concussion.

It's a hell of a diagnosis to make — especially since Clinton's actual doctor has said the candidate is not suffering any symptoms from either the concussion or the blood clot. But Coppedge wants Clinton to undergo an independent neurological exam, just in case.

Coppedge admits that he's never examined Clinton, doesn't specialize in ophthalmology or neurology and is simply speculating from public information. But if a 20-second C-SPAN clip isn't enough to take a stab at a medical diagnosis, what is?

The health and fitness of both presidential candidates has become a major theme of this campaign. Despite medical disclosures from both Clinton and her rival Donald Trump, armchair doctors across the country continue to insist there must be something physically or mentally wrong with the candidates.

SEE MORE: Donald Trump Opened Up About His Medical Records ... Sort Of

This isn't to say Coppedge's opinion is entirely without merit. Since both candidates are over 65, some doctors have recommended they undergo cognitive tests to check for signs of Alzheimer's disease or dementia.