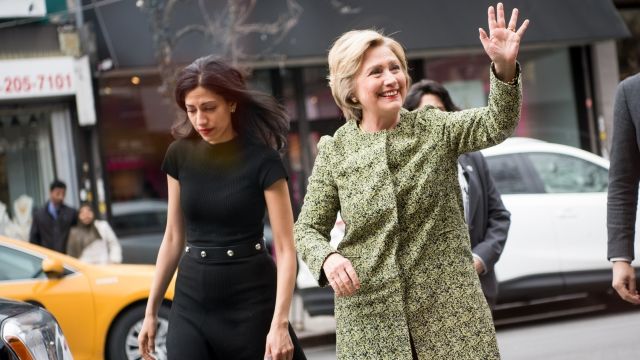 The FBI warrant tied to Hillary Clinton's private email server, filed days before the presidential election, has been released. And the lawyer who asked for the disclosure says he's "appalled."

The FBI was investigating former congressman Anthony Weiner for being involved in another sexting scandal — this time, with an underage girl. The FBI seized his laptop, which he shared with his now-estranged wife, Huma Abedin, a top Clinton aide.

In a Facebook post, Schoenberg said, "I see nothing at all in the search warrant application that would give rise to probable cause, nothing that would make anyone suspect that there was anything on the laptop … ."

Comey confirmed this two days before the election with a second letter to Congress, saying the evidence hadn't changed anything related to the Clinton case.

Analysts say the last-minute uncertainty over the Clinton investigation is one of the factors that could have cost Clinton the election.