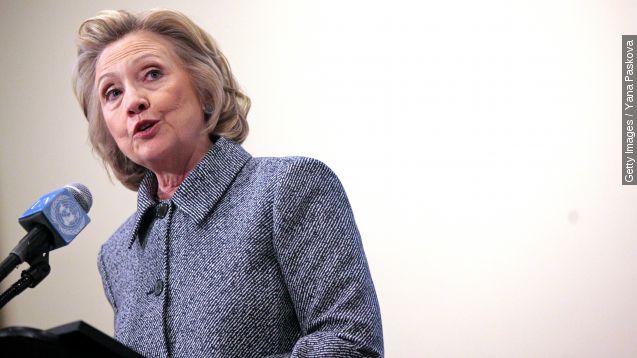 SMS
Clinton Email Scandal Could Become Criminal Investigation
By Kate Grumke
By Kate Grumke
July 24, 2015
The New York Times reports the Justice Department is considering a criminal probe into whether or not the emails contained classified information.
SHOW TRANSCRIPT

The Justice Department has been asked to open an investigation into Hillary Clinton's use of a private email server while she was secretary of state, according to The New York Times.

Clinton already has the shadow of the email scandal looming over her presidential campaign. The emails are scheduled to be released in batches through January — the next one on July 31. (Video via Hillary Clinton)

But according to multiple news outlets an internal review found hundreds of the emails on her private server had potentially classified information.

That directly contradicts Clinton’s position that she didn't send or receive classified information on her private server. Some of the emails were later upgraded to classified. But a spokesperson for the Inspector General said at least four emails had information that was classified at the time they were sent.

If the Justice Department decides to open an investigation, it will investigate whether or not Clinton mishandled sensitive government information.