Clinton Doesn't Distance Herself From Obama In ISIS Speech 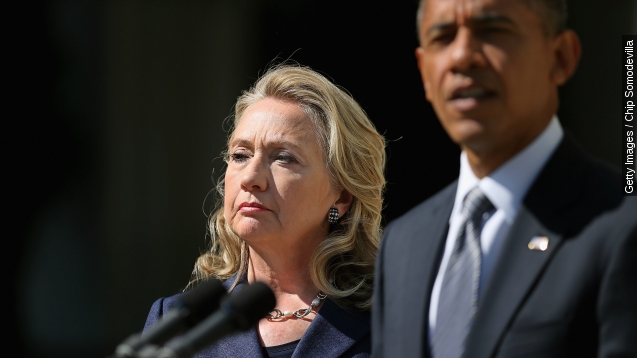 "Our goal is not to deter or contain ISIS, but to defeat and destroy ISIS," Hillary Clinton said during a speech at the Council on Foreign Relations.

Clinton laid out her anti-ISIS strategy in a speech Thursday.

"We should be honest about the fact that to be successful, airstrikes will have to be combined with ground forces actually taking back more territory from ISIS," Clinton argued.

Clinton's speech comes in the wake of the Paris terror attacks last week, which ISIS claimed responsibility for.

And while Clinton called for more special forces operations, that's something President Obama has already authorized. Distancing herself from his policy could be hard. (Video via The White House)

That's because Clinton served as his Secretary of State from 2009 to 2013.  And more than half of Americans in a recent poll said they disapprove of President Obama's foreign policy. (Video via U.S. Department of State)