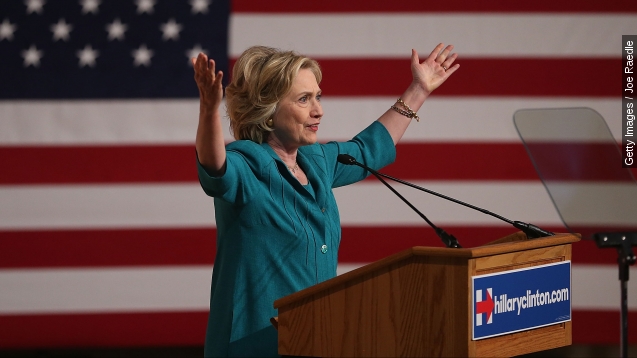 On Monday, presidential hopeful Hillary Clinton is expected to announce her plan to attack the growing cost of college in America.

Reports say the key component is expected to be an incentive grant system so states could lower the cost of attendance at public colleges and universities. Basically, the more states contribute to higher education, the more they get from the federal government. (Video via Hillary Clinton)

But how does Clinton's plan compare to others seeking the Democratic nomination for president?

Former Maryland Gov. Martin O'Malley's approach is sort of two pronged. He wants students to be able to refinance their loans and then make income-based repayment programs "the norm." (Video via Martin O'Malley)

Senator Bernie Sanders has gone even further by proposing higher education be completely tuition-free. To do this, $70 billion a year would be provided by the federal and state governments. Fees like books and room and board wouldn't be covered, however. (Video via Bernie Sanders)

For voters, tackling the student loan problem crosses party lines. A 2013 poll found 83 percent of voters wanted Congress to keep interest rates the same or lower them significantly; that included 84 percent of Democrats, 86 percent of Republicans and 77 percent of Independents.