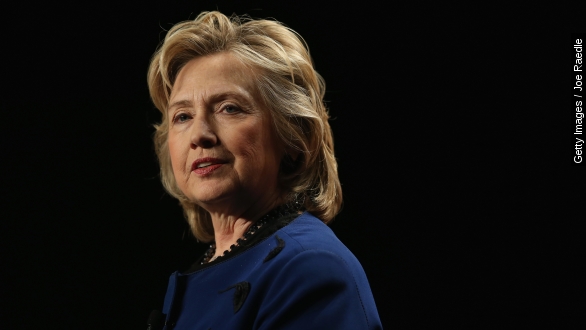 SMS
'Clinton Cash' Makes Waves Even Before Hitting Shelves
By Kate Grumke
By Kate Grumke
April 22, 2015
Hillary Clinton has been running for president for less than two weeks, but is facing mounting criticism for The Clinton Foundation's funding sources.
SHOW TRANSCRIPT

Hillary Clinton has been officially running for president for less than two weeks, but critics are already coming at her in full force. (Video via Hillary for America)

A new book called "Clinton Cash" claims to tell "the story of how and why foreign governments and businesses helped make Bill and Hillary rich," and is written by conservative author and George W. Bush speechwriting consultant Peter Schweizer.

It centers around the claim that Hillary Clinton traded favors for foreign entities while she was Secretary of State in return for speaking fees and donations to the Clinton Foundation. (Video via U.S. Department of State)

According to The New York Times, some of the alleged deals include a free-trade agreement in Colombia that benefitted a foundation donor, development projects after the Haitian earthquake that were funded by the Algerian government and more than $1 million in speaking fees to Bill Clinton from a Canadian bank involved in the Keystone XL pipeline. (Video via The Clinton Foundation)

The liberal blog ThinkProgress obtained an advance copy of the book, and writes, "Though Schweizer is unable to provide direct evidence that State Department actions were influenced by Clinton Foundation donations, he does raise questions about unsavory donors and possible conflicts of interest, regardless of whether or not they dictated Clinton’s policy."

"I've been briefed by Peter Scweizer on this book, and the facts are going to be alarming. They're going to be mind boggling, and I think people are going to be saying 'My goodness, how is this happening in America?'" said GOP Candidate Rand Paul.

The book comes after reports in February that the Clinton Foundation was accepting donations from foreign governments, including the United Arab Emirates, Saudi Arabia, Oman, Australia, Germany and a Canadian agency with interests in Keystone XL.

Last week, the Clinton Foundation changed its donation rules, allowing foreign governments to continue to contribute but barring funds from some countries in the Middle East.

Politico obtained an internal memo from Clinton's campaign that laid out a strategy to refute the book, saying, "The book relies on distortions of widely available data that the Clinton Foundation already makes public on its own. ... The author attempts to repackage and twist these previously known facts into absurd conspiracy theories."

At a campaign event in New Hampshire, Clinton herself called the questions raised by Schweizer's book "distractions." (Video via The Boston Globe)