The Clinton Campaign's Biggest Concern From The GOP Wasn't Trump 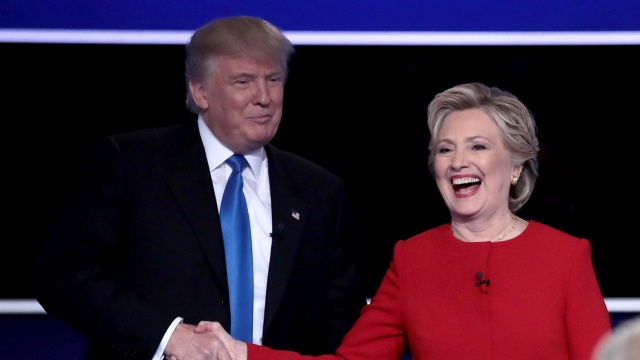 Donald Trump's caustic and chaotic presidential campaign has many conservatives pining for an alternate universe where Trump failed to win the GOP nomination.

That raises the question: In a world without Trump, who would've been the best Republican option to beat Clinton? We'll never know for sure, but new leaked emails show Clinton's team was pretty worried about Marco Rubio.

The latest batch of emails dumped from WikiLeaks shows Clinton's campaign staff already plotting about how to take down Rubio if the two were to square off for the presidency.

WikiLeaks and the information it provides have been a divisive topic during the presidential race. Critics say the website's founder, Julian Assange, is only leaking information that's harmful to Democrats because he's working on behalf of Russia to try and influence U.S. politics.

The documents reveal that the Clinton campaign saw a lot of similarities between Rubio and the last politician who beat Clinton: President Obama.

Clinton's deputy communications director said Rubio's campaign announcement speech "sounded much more reasonable, populist and accessible than much of the rest of the GOP field."

Rubio and Obama each have distinct advantages over Clinton. Both are able to connect with minority voters in a way she never could. They also have youth on their side. In his first speech, Rubio appealed to younger voters, calling them "our generation."

But Clinton's team was already preparing critiques of its own. They were planning to fault Rubio for his habit of missing Senate votes and his hardline stance on Cuba. Those strategies aren't useful now, but there's a chance Clinton's team might need to revisit them in four years.