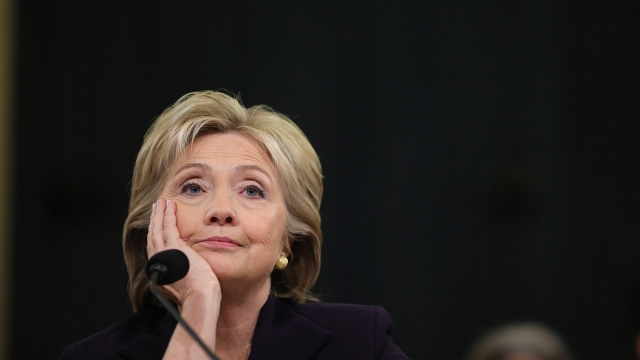 "Is this document then, is it accurate? Did she tell Brazilian bankers —" CNN's Jake Tapper asked Kaine.

"Well, you could ask her," Tapper said.

But that might be because the Clinton campaign has had a different scandal to focus on.

"When you're a star, they let you do it. You can do anything," Donald Trump said in a video released by The Washington Post on Friday.

The documents Kaine's referring to are part of a batch of Hillary Clinton's emails and speeches leaked by WikiLeaks late last week.

Those documents include some of Clinton's paid Wall Street speeches.

But the leaked emails show so much more. For instance, Clinton's camp was worried about Jeb Bush's economic policies and saw them as a threat.

And even early on, the higher-ups in the Clinton campaign saw the Clinton Foundation's ties to banks as something to be worried about.

The campaign even seems to have argued over what kind of jokes Clinton should tell during a speech.

The speeches are probably the most problematic for her campaign. In one of the leaked speeches, Clinton admits to being "out of touch" with middle-class America.

The leak seems like something Trump's campaign would highlight.

But the leaks were almost immediately overshadowed by The Washington Post's release of a 2005 video that shows Trump joking about groping women.

Trump's campaign has been on the defensive ever since the video leaked, trying to do damage control.

Clinton and Kaine, on the other hand, have gone on the offensive. Clinton called the remarks "horrific" and in that same CNN interview, Kaine linked Trump's comments to "a pattern of sexual assault."

As for the emails, Clinton's team has already said the documents could be "faked" for a "Russian misinformation campaign." The documents were leaked the same day the White House accused Russia of hacking the DNC.