If Clinton Can't Get Minorities To Vote, Trump Could Take Florida 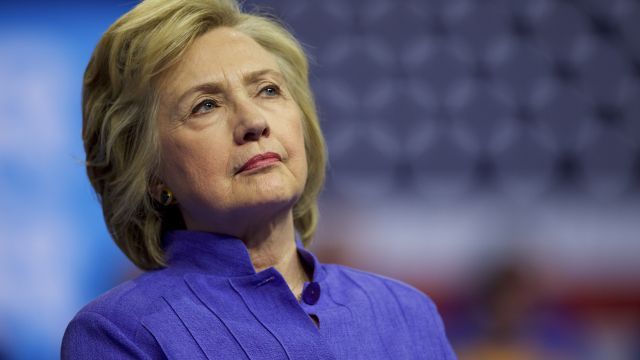 SMS
If Clinton Can't Get Minorities To Vote, Trump Could Take Florida
By Matt Picht
By Matt Picht
September 28, 2016
Trump needs to take Florida to win the White House — and he's neck and neck with Clinton in the state.
SHOW TRANSCRIPT

So the fact that the two candidates have been virtually tied in the state for almost a month now has the Clinton camp sweating. One Democratic leader described the situation in Florida as "full panic mode."

Leslie Wimes of the Democratic African-American Women's Caucus told Politico too many black voters in Florida are anti-Trump rather than pro-Clinton. She said: "In the end, we don't vote against somebody. We vote for somebody."

Clinton's problem right now is minority turnout. She's the heavy favorite with black and Hispanic voters in the Sunshine State. But if they don't show up at the polls, Trump will take the state.

To help get out the vote, the Clinton campaign is deploying its most high-profile surrogate.

"There has never been a man or a woman — not me, not Bill, nobody — more qualified than Hillary Clinton to serve as president of the United States of America," President Obama told the crowd during the Democratic National Convention.

President Obama is planning to stump for Clinton at least twice in Florida. He's also helped directly connect Clinton's campaign to the black voters who turned out so heavily to support him in 2008 and 2012.

While speaking at an event hosted by the Congressional Black Caucus, Obama said: "If you care about our legacy, realize everything we stand for is at stake. All the progress we've made is at stake in this election."

Having him on the campaign trail will be a definite asset for Clinton, but Obama's presence could also draw unflattering contrasts between the enthusiasm levels for Obama in 2008 and Clinton today.