Here's Why You're Hearing So Much About Clinton And Press Conferences 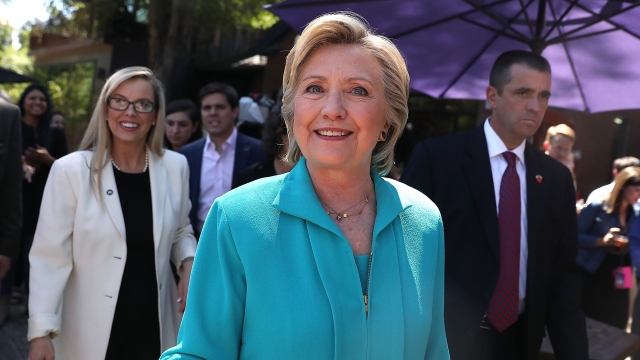 Hillary Clinton is likely reminded every day that she hasn't held a press conference in over 270 days.

To be fair, Clinton has done a number of one-on-one interviews and answered some questions from reporters during a convention of journalists last month. However, most journalists didn't consider that a press conference since the questions were pre-selected.

Most candidates hold press conferences. It's a way for the press to ask tough questions and get answers for voters. According to NBC News, Donald Trump has held 17 press conferences in 2016, not including the joint press conference he held with Mexico's president last week.

It seems like the pressure to give the press more access to the candidate is ramping up, with it becoming the topic of discussion in both TV and print news.

As The New York Times pointed out, Clinton has had a seemingly — as it puts it — "scant" summer schedule. However, she has been out and about — at private fundraisers. CNN reports Clinton "headlined" 37 fundraisers in August.

While The New York Times said Clinton is more than willing to take questions from donors, it said one event host "made sure attendees did not grill Mrs. Clinton at the $100,000-per-couple lamb dinner."

He also said Clinton will likely spend more time with the press when they start using her new campaign plane this week.

He said, "I’m sure that will bring with it a lot of opportunities for additional access to the candidate and interactions between her and the traveling press corps that covers her every day."