Clinton Apologized — But Sanders Supported The Crime Bill, Too 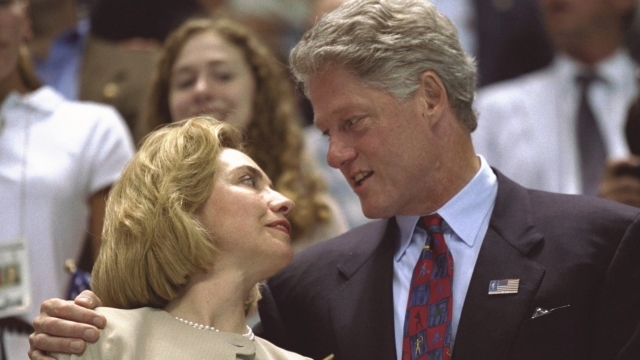 SMS
Clinton Apologized — But Sanders Supported The Crime Bill, Too
By Zach Toombs
By Zach Toombs
April 14, 2016
In Thursday's Democratic debate, Hillary Clinton pointed out it was her husband's crime bill, not hers, that resulted in higher prison population.
SHOW TRANSCRIPT

"I supported the crime bill," former Secretary of State Hillary Clinton said at Thursday's Democratic debate on CNN. "My husband has apologized. He was the president who actually signed it. I'm sorry for the consequences that were unintended and that had a very unfortunate impact on people's lives. I've seen the results of what has happened in families, in communities."

Maybe the most notable of the 1994 crime bill's consequences was a surge in America's prison population. The trend might've started with Reagan, but the number of Americans in prison almost doubled during Bill Clinton's time in office. That was largely due to the crime bill, which built more prisons and meant harsher sentencing — and which Hillary Clinton strongly supported.

Bernie Sanders supported that bill too and voted for it, despite voicing serious concerns.

"We are dooming today tens of millions of young people to a future of bitterness, misery, hopelessness, drugs, crime and violence," Sanders said at the time.