Utah Might Break Its Republican Voting Streak In This Election 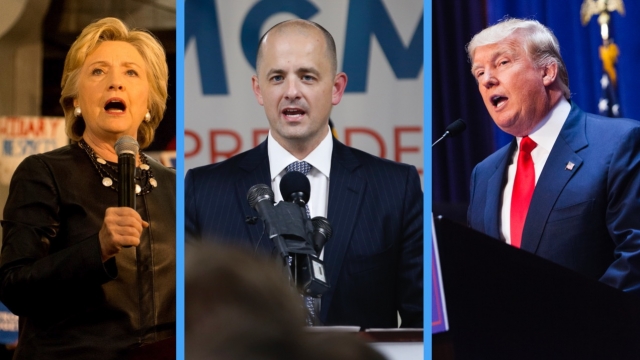 Utah is probably as red a state as they come.

The last time it voted for a non-Republican presidential candidate in a general election was 1964.

But that streak could be broken this year.

A new poll of likely voters shows Donald Trump and Hillary Clinton tied in the state, each with 26 percent of the vote.

But even more noteworthy is independent candidate Evan McMullin, who comes in third with 22 percent of the vote.

The poll was conducted after the release of a 2005 videotape of Donald Trump making lewd comments.

As The Washington Post pointed out, McMullin has gained support among likely voters, while Trump has lost backing in recent polls.

The seemingly close race — and a potential win by McMullin — didn't just come out of nowhere, though.

A poll during the presidential primaries showed Trump falling to a Democrat in Utah. And with McMullin being somewhat of a hometown candidate, the latest poll isn't that shocking.

McMullin earned his bachelor's degree from Utah's Brigham Young University. He is also Mormon, which plays well in a state where the majority of residents are Mormon. And he served as chief policy director of the House Republican Conference.

Some of the state's most well-known politicians say they can't back Trump. And with McMullin running as the "it's never too late to do the right thing" candidate, he is apparently a viable alternative.