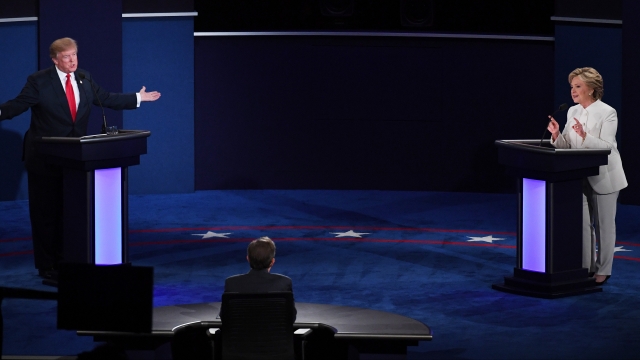 Donald Trump and Hillary Clinton took on abortion in the third presidential debate.

"You should meet with some of the women that I've met with — women I've known over the course of my life," Hillary Clinton said. "This is one of the worst possible choices that any woman and her family has to make."

"Because based on what she's saying and based on where she's going and where she's been, you can take the baby and rip the baby out of the womb on the ninth month on the final day. And that's not acceptable," Donald Trump said.

Partial-birth abortions have been banned in the U.S. since 2003, except in cases when the mother's life is in danger. NPR reports that while few still do happen, they don't typically take place in the final days of nine-month pregnancies.