Non-Swing States Get Almost No Attention From White House Candidates 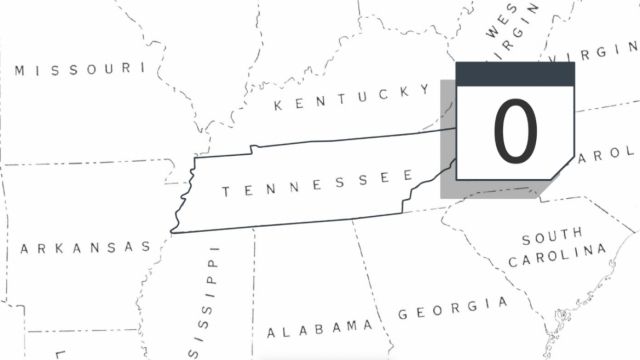 NEWSY'S ZACH TOOMBS: So Kate, we're doing this #OffTheTrail cross-country road trip to talk about the people, places and stories that aren't being talked about on the campaign trail.

NEWSY'S KATE GRUMKE: Yeah, and one of the things that's definitely not being talked about is Tennessee.

ZT: Tennessee is not being talked about because Donald Trump is leading here by a lot; it's not a competitive state. They've spent a lot of time in the big swing states. Since the primaries ended, they spent 20 days in Pennsylvania combined, 18 days in Ohio, 16 days in Florida. You can compare that to Tennessee: They haven't spent any days in Tennessee since the primaries ended. And electorally, that makes sense when you look at the electoral map.

KG: Right, why would they spend time somewhere that they don't think they could win?

KG: And in other states that aren't close. It's not just Tennessee that's not being talked about.

ZT: Right, whereas, we've heard a lot of talk about the white working class's problems in Ohio and Pennsylvania because these are very valuable states that are competitive right now.

ZT: When you live in a swing state, it's more likely that issues that matter to you on a daily basis become part of that national discussion. That doesn't happen in places here, like in Tennessee.