Who's Really A Puppet? The Presidential Candidates Point To Each Other 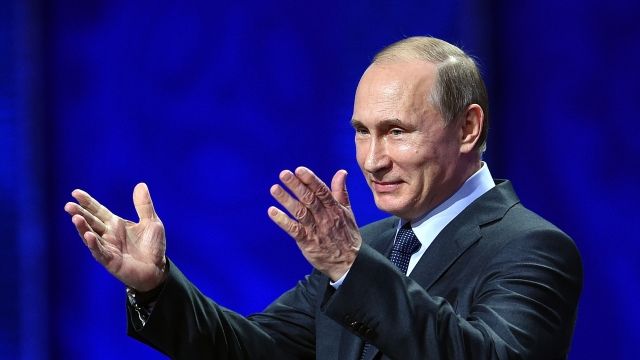 SMS
Who's Really A Puppet? The Presidential Candidates Point To Each Other
By Melissa Prax
By Melissa Prax
October 19, 2016
Bringing up Vladimir Putin during the presidential debate led to a tense exchange between the candidates.
SHOW TRANSCRIPT

"Putin, from everything I see, has no respect for this person," Donald Trump said.

"Well, that's because he'd rather have a puppet as president of the United States," Hillary Clinton replied.

"You're the puppet," Trump said.

U.S. security agencies have accused Russia of hacking Americans. Trump won't confirm that, but Clinton will.

"It's pretty clear you won't admit that the Russians have engaged in cyberattacks against the United States of America, that you encouraged espionage against our people, that you are willing to spout the Putin line, sign up for his wish list, break up NATO, do whatever he wants to do, and that you continue to get help from him because he has a very clear favorite in this race," Clinton said.