Clinton Agrees To Hand Over Personal Email Server To DOJ 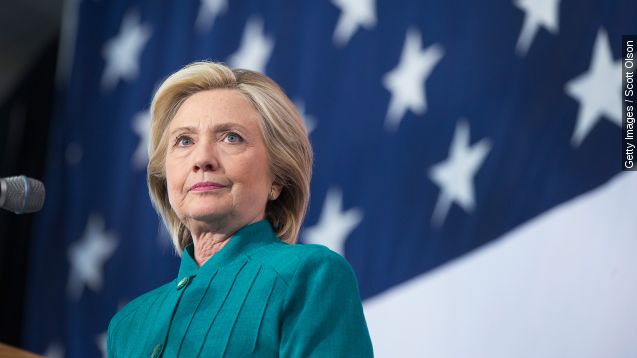 By Jamal Andress
August 12, 2015
The agreement to hand over the server also comes with an affidavit guaranteeing Clinton has turned over all copies of potential government records.
SHOW TRANSCRIPT

As the fallout from Hillary Clinton's email fiasco continues, the former secretary of state has agreed to turn over her personal email server and a thumb drive containing all her work-related emails to the Department of Justice.

This comes shortly after the FBI requested access to the private email server, though they have not opened a criminal investigation.

"If you read the statement the Clinton camp put out tonight, it said Secretary Clinton pledged to cooperate with the government's security inquiry, so she's not gonna give the Benghazi committee any fuel to add to the fire," said CNN's Elise Labott.

The agreement to hand over the server also comes with an affidavit guaranteeing Clinton has turned over all copies of potential government records from her time in office.

And while Clinton is still the front-runner for the relatively small Democratic field, this email situation may have affected her poll numbers. According to ABC News, she's dropped 12 points nationally in the past year for "honesty and trustworthiness."