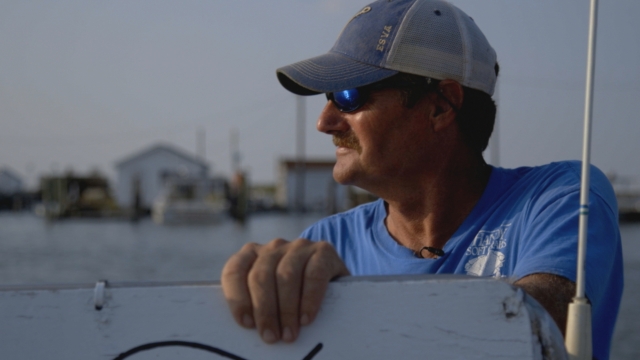 SMS
Climate Change Is Destroying This Virginia Island
By Zach Toombs
By Zach Toombs
October 5, 2016
The Army Corps of Engineers says Tangier Island could be uninhabitable in 25 years.
SHOW TRANSCRIPT

Climate change is destroying this Virginia island. Tangier Island is rapidly disappearing under rising seas. In a few decades, it could be completely underwater.

"It can be depressing when you see places that used to be a thriving community," Mayor Ooker Eskridge told us. "It's all gone now."

When we hear about islands going under rising sea levels, we often hear about the South Pacific, about the Maldive Islands. What we don't hear about so often is this island, even though it's just a few miles off the mainland U.S.

In the past 150 years, Tangier has wasted away to just one-third of its previous size. And the 500 or so people who live here know time is running out.

"I've seen 75 feet from last October to now be washed away from Uppards," Carol Pruitt Moore said. "We can't handle it any longer."

"When this green beacon was put here in the '60s, you could step off that onto land," lifelong resident Denny Crockett said.

How long before Tangier Island is not habitable?

"We've got maybe about 50 years at the mid-range," David Schulte with the Army Corps of Engineers told us. "And if the high-level sea level rise scenario is what happens, at most, 25 years. So, they don't have a lot of time."

David Schulte has studied Tangier for 15 years. His proposal to lift the island through engineering might be the only way to save it. But that requires funding from a Congress that doesn't even acknowledge the root of the problem.

"We're the only first-world country where this is even a debate," Schulte said. "Everyone else is on board with climate change as a real thing that's occurring."

"It can be very discouraging," Eskridge said. "The bay that's provided a living for everyone all these years is actually threatening the community now."

Tangier Island is a historical treasure. John Smith was the first European to see it. Later in the 1600s, it was founded by a few families: the Parkses, Pruitts and Crocketts among them, each of which still lives on the island.

"This is eroding very quickly, too," Crockett said.

Tangier is only a sliver of what it once was. Maps collected by the Army Corps of Engineers show the rapid loss of land. As the north half, known as Uppards, wasted away completely, new canals, creeks and swamps crisscrossed the island, and the west side was steadily swallowed by the ocean.