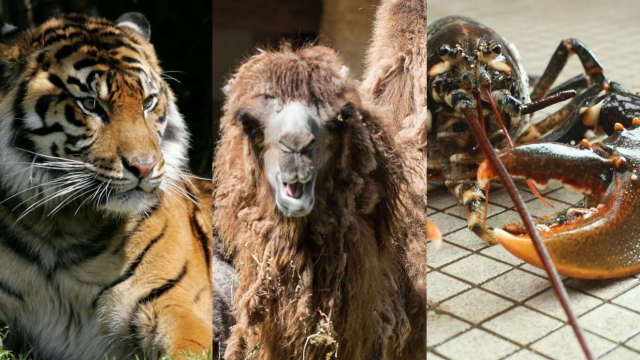 SMS
Climate Change Could Drive 1 In 6 Species To Extinction By 2100
By Evan Thomas
By Evan Thomas
October 13, 2016
The warming climate is expected to drive animals worldwide — on land and in the oceans — closer to extinction.
SHOW TRANSCRIPT

Two-thirds of polar bears could vanish by 2050, thanks to melting sea ice. But the effects of a warming climate aren't limited to the Arctic Circle. About 1 in 6 species could go extinct by the end of the century — including some you might not expect.

Warming oceans spell trouble for lobsters. Climate scientists forecast the waters off the coast of Maine could be 5 degrees warmer by 2100 — too warm for the local lobsters to survive.

SEE MORE: There's Still A LOT Of Unexplored Earth Out There

Warm, acidic waters also threaten corals. These reef ecosystems help feed millions of people on land and help drive billion-dollar economies, and within 100 years, some experts warn they could be collapsing.

Rising sea levels could swamp a critical habitat for many of the world's remaining tigers. Within a century, the ocean could outpace tigers' ability to adapt.

Farther inland, long droughts are making life difficult for Bactrian camels. With fewer oases in the Gobi Desert, there's even less water and higher risk of attacks by predators. Some experts think the animals might only have 50 years left.

Certain subspecies of chimpanzee in Cameroon could lose almost all of their habitat by 2080 if climate change affects temperatures or rainfall too much.

And if temperatures in the U.S. climb by just a few degrees through 2100, it could get too warm for pikas and their thick fur. They can only go so far up the mountain slopes before they run out of room to retreat.