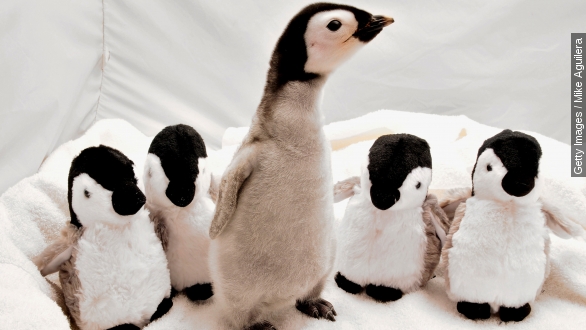 SMS
Climate Change Could Extinguish 16 Percent Of Wildlife
By Jasmine Bailey
By Jasmine Bailey
May 1, 2015
A new study says one-sixth of the planet's wildlife and plants are at risk to go extinct due to climate change.
SHOW TRANSCRIPT

If we don't get serious about protecting the world's environments we could see 16%, or one-sixth of earth's wildlife, go extinct.

That's according to a new study published Thursday in the journal Science. The study claims that for every increased degree in temperature, the rate of extinction will be accelerated.

Sky News reports, "Animals and plants in South America, Australia, New Zealand and Antarctica are most at risk because they have nowhere to go if their habitats change."

Amphibians and reptiles face the greatest risk of extinction. But animals like penguins that rely on packed ice could also be in trouble.

The study's author, Mark Urban, looked at every study on extinction ever published to reach his conclusion. He told The Verge it's important to realize animal species extinction would have negative consequences for every human being.

That's because "Global biodiversity provides the foundation for economy, culture, food, and human health." This is the same issue that President Obama touched on in his weekly address last week.

"Today there is no greater threat to our planet than climate change, 2014 was the planet's warmest year on record," Obama said. "The fact that the climate is changing has very serious implications about the way we live now, stronger storms, deeper droughts, longer wildfire seasons."

Urban says it will take the implementation of strict policies to stop the detrimental affects of climate change - something he hopes will be addressed at the UN Conference of the Parties to the UN Framework Convention on Climate Change in December.