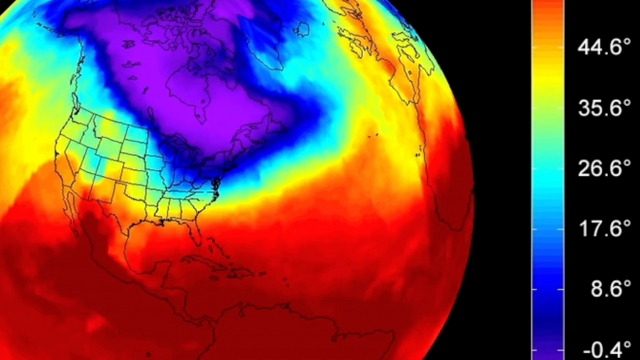 SMS
Climate Change Is Causing A Lot Of Cold And Snow — For Now
By Evan Thomas
By Evan Thomas
November 26, 2016
Snowstorms might be severe right now, but the models suggest extreme hot weather events will start to outnumber the cold ones.
SHOW TRANSCRIPT

It's not your imagination: The snow in the northern U.S. has been bad these past few years. Parts of New York are already seeing record totals, and it's not even winter yet. You can thank climate change.

Remember 2014's headlines about the polar vortex? That's the cold air that sits over the poles. Melting sea ice has shifted and weakened it, and researchers think that can contribute to cooler temperatures.

And when La Niña shows up in the Pacific, it tends to cause colder temperatures and precipitation in the northwestern U.S. — and that's exactly what NOAA is forecasting for this winter.

Enjoy using snowballs to argue against climate change while you still can, though, because the research suggests in the long term, snow and cold weather are going to get much rarer.

It won't happen immediately. Forecasts show winter storms might actually get worse before they lighten up. But the average global temperature is climbing, and as it does, cold weather events will get less likely.

By the end of the century, for every day of record cold we get, researchers expect we'll see 15 that set record highs — and snow cover in the northern hemisphere will start to disappear.