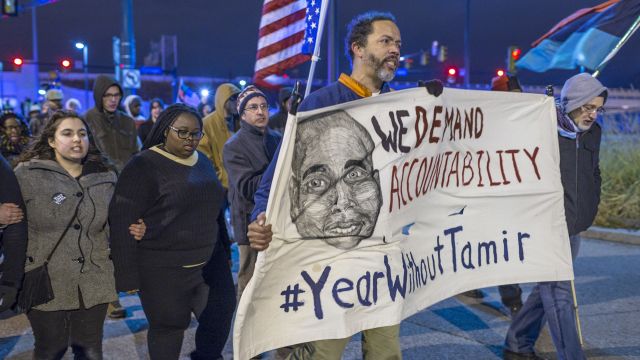 SMS
Cleveland Rescinds $500 Ambulance Bill Sent To Tamir Rice's Family
By Matt Moreno
By Matt Moreno
February 11, 2016
The city rescinded the bill it sent Rice's family for the ambulance that transported the 12-year-old to the hospital after he was shot in 2014.
SHOW TRANSCRIPT

"Insult to homicide" is how the family of Tamir Rice described a $500 medical bill sent to them by the City of Cleveland.

But city officials are now saying that medical bill, which covered the cost of the ambulance ride that transported the 12-year-old to the hospital after he was shot by police in 2014, has been rescinded.

Newsy's partners at WEWS report Cleveland Mayor Frank Jackson said the bill was generated automatically but that it "was not intended to be sent to the Rice family."

Prior to the city rescinding the bill, Subodh Chandra, a lawyer for the family, said in a statement: "The Rice family is disturbed by the city's behavior. ... The callousness, insensitivity, and poor judgment required for the city to send a bill ... is breathtaking."

The family's anger over the bill found a surprising voice of support in the form of the Cleveland Police Patrolmen's Association.

The association's president, Steve Loomis, told WJW-TV: "Subodh Chandra and I have never agreed on anything until now. It is unconscionable that the City of Cleveland would send that bill to the Rice family."

Authorities say the officer who shot Rice mistook his toy gun for a real one. No charges were brought against him, but Rice's family has filed a wrongful death lawsuit.