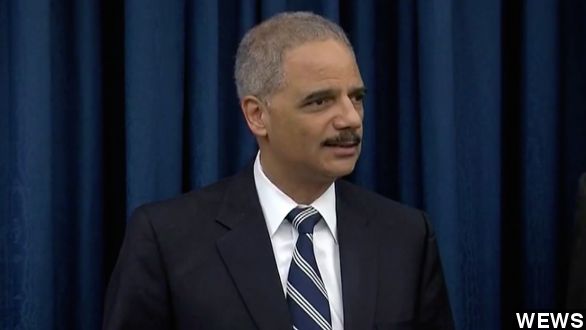 Not even a month after a 12 year old boy was shot and killed by a Cleveland police officer, Attorney General Eric Holder and Justice Department wrap up a more-than-yearlong investigation into the department's practices and use of force.

"The Cleveland Division of Police engages in a pattern and practice of using excessive force and as a result of a system with deficiencies including insufficient accountability, inadequate training and equipment, ineffective policies and inadequate engagement in the community," Holder said during a press conference.

Eric Holder and the Department of Justice gave a scathing review of the Cleveland Police Department Thursday. The DOJ's investigation was initiated by a string of controversial use-of-force incidents in the Cleveland area.

Chief among them a December 2012 police chase and shooting that left two unarmed suspects dead and led to an investigation by the Ohio Attorney General's office, which also found the CPD used excessive force.

"Although these issues are complex and the problem longstanding, we have seen in city after city where we have engaged that meaningful change is possible," Holder said.

But even in his hopeful statement Holder points out the DOJ has investigated "city after city" and has found troubling behavior in departments all over the country.

Most recently the Albuquerque Police Department, which was investigated by the DOJ from November 2012 to April of 2014 and found to have a systemic problem of using excessive force.

"What we found is a pattern or practice of systemic deficiencies," Senior Counselor to the Assistant Attorney General for Civil Rights Jocelyn Samuels.

Before that, an investigation in Seattle after this video surfaced showing a police officer kicking and mocking a suspect.

The DOJ put reforms in place for Seattle PD, but the police department has since filed suit claiming the new regulations are unrealistic and put the officers in danger.

Outside of the DOJ's inquiries, similar investigations have been conducted by local newspapers. One such investigation took place in Las Vegas where the the Las Vegas Review Journal reported "Many Las Vegas police shootings could have been avoided" and the culture of the department calls for "coming on strong to end situations."

And in the St. Louis area where the nationally known and controversial shooting of Michael Brown took place, the St. Louis Post Dispatch reported, "On a straight per capita basis, St. Louis officers fired up to eight times more often than others."

Now that the officer who shot Michael Brown and the officer who choked Eric Garner have been cleared of wrongdoing, many of those who were upset by those decisions turn their attention to Cleveland, where 12-year-old Tamir Rice was shot and killed by police.

The officer who killed Rice is currently on paid administrative leave while the same Cleveland police department that was the subject of the DOJ's investigation now investigates the shooting.