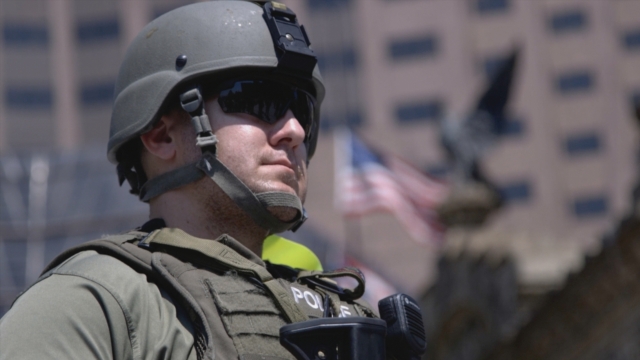 Public Square in Cleveland is Ground Zero for protests outside the Republican National Convention.

SEE MORE: Anti-Trump Protests Are Ramping Up In Cleveland

People in attendance include members of Black Lives Matter, pro-Trump, anti-Trump, anti-Islamophobia, fire and brimstone preachers and police even carried out Alex Jones of InfoWars. In between all of them forming human barricades are hundreds of officers from Cleveland and from around the country.