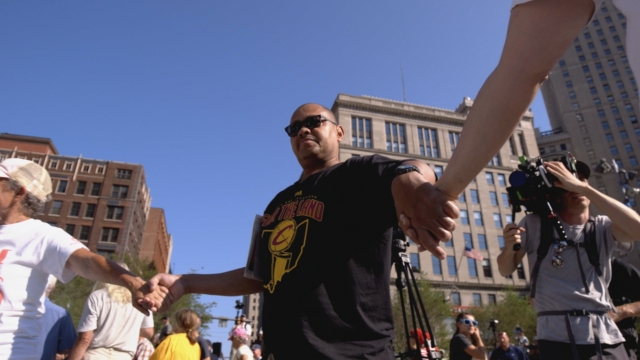 Cleveland's police chief formed this circle to bring protesters together.

"We see all the shootings," Joseph Offut said. "We see all the bad stuff. No more of that — show something positive. Let's send a positive message out there from Cleveland."

This was just a few blocks from the Republican convention.

Cleveland police have worked to separate opposing protesters. But Chief Calvin Williams hopes to show a positive side of Cleveland.