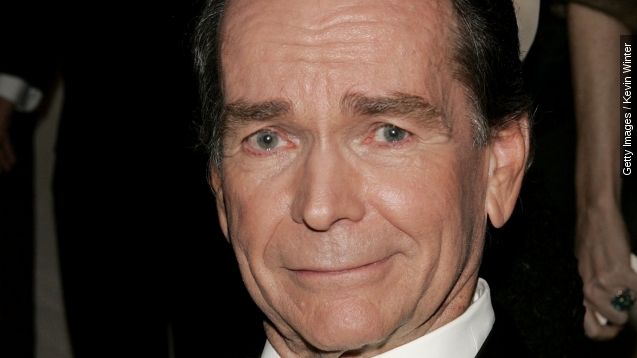 Dean Jones, an actor who spent time on stage and on screen, has died at age 84 of Parkinson's disease.

His most well known role was as race car driver Jim Douglas in "The Love Bug." (Video via Walt Disney Studios)

The Alabama native tended to stick to lighter comedies, like "That Darn Cat!," "The Shaggy D.A." and "Beethoven." But he also appeared on Broadway in "Under the Yum Yum Tree" and "Into the Light."

Disney inducted Jones into its Disney Legends Hall of Fame in 1995. And, according to his publicist, "Six of his ten films for Walt Disney are on Variety's all-time hit list."

In 1972, he was even nominated for a Golden Globe for his performance in “The Million Dollar Duck.”

He told the Los Angeles Times in 1966 why he enjoyed working on family comedies so much. "I see something in them that is pure form. Just entertainment. No preaching. We're always looking for social significance, but maybe people just like to be entertained."