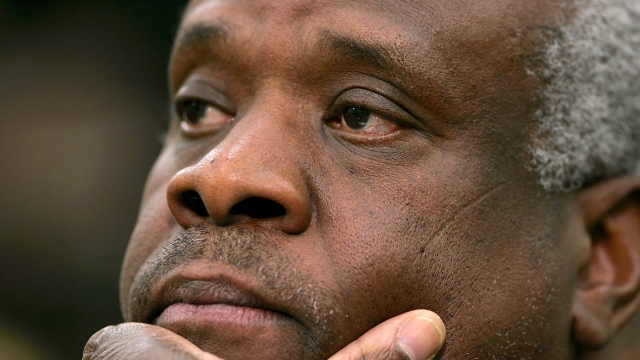 The wife of Supreme Court Justice Clarence Thomas has thoroughly dismissed rumors of his retirement.

But his wife, Ginni, wrote on Facebook: "Unsubscribe from those false news sources and carry on with your busy lives. IT. IS. BOGUS!"

She called the story clickbait. Her husband's retirement would have been huge news because of the state of the Supreme Court politically.

Since Justice Antonin Scalia's death in February, the court has been evenly split between liberal and conservative votes. But if Thomas retired, one of the bench's most conservative voices would go with him.

President Obama has nominated a potential justice, but Senate Republicans have declined to hold a confirmation hearing or vote on the nominee.

The Washington Examiner reported last week that, given the ages of many of the judges, if Hillary Clinton wins the presidency, left-leaning justices would hold the Supreme Court majority for 30 years.

This video includes clips from The White House, PBS NewsHour, C-SPAN and CNN and images from Getty Images.