City Streets Can Do More To Fight Climate Change 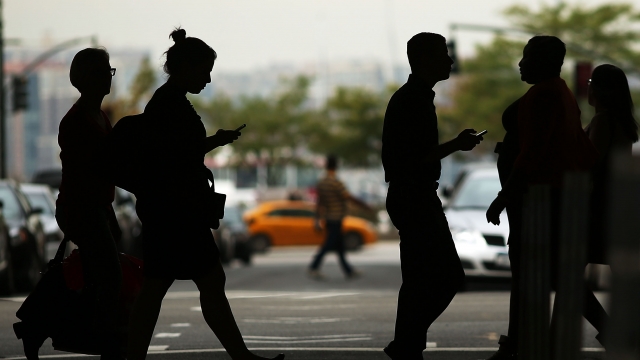 "In the city of Chicago, per-capita carbon emissions are actually lower than in the suburbs of Chicago," said Karen Weigert, Senior Fellow for Global Cities at The Chicago Council on Global Affairs. "That comes from transportation — you can hop on the train, you can walk or you can bike."

Twenty-one percent of carbon emissions in Chicago come from transportation. In the suburbs of Chicago, it's 30 percent.

But cities can build streets that actually fight climate change and prevent floods.

"A quarter or even more of a city is paved in roads. So when you think about overall, that's a huge opportunity to work with," Weigert said.

Chicago has over 4,000 miles of paved road, for example.

"How can you make a street easier for a pedestrian or someone who's in a wheelchair or in a stroller? That is the lowest emission, healthiest way to move," Weigert said.

"When you have a lot of folks who are walking someplace — you might have an outdoor market, you might have cafes — you've got a lot of pedestrian activity. You probably have in the middle a place for cars," she said.

"Some of the new ways to think about that are what if you blended those barriers?" she said.

"You might even take out the curbs so you can walk right from the sidewalk onto the street," Weigert said.

"And then the car also gets to come through here, so you're essentially sharing some space," she said.

"There is an awful lot in between that that street can do. And some of those examples are they can help address urban flooding. And by urban flooding I mean, the rain comes down and it needs a place to go," Weigert said.

"It might be overwhelming the sewage system. In a street you can innovate so that the rain falls straight through," she said.

"I think you're really looking at an opportunity to have a new space for connection, commerce, culture and cars, too," Weigert said.

This video includes clips from the Good Spark Garage, Street Films, Auckland Council, Blake House and Tarmac and an image from the Center for Neighborhood Technology.