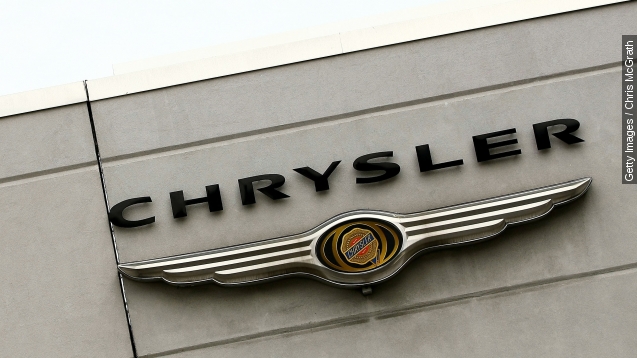 SMS
Chrysler Doesn't Seem Too Concerned Over Car Hacking Claims
By Ben Lawson
By Ben Lawson
July 24, 2015
Chrysler's latest recall over a security flaw that leaves its cars open to a hack feels like more of a PR move than anything else.
SHOW TRANSCRIPT

Fiat Chrysler is recalling 1.4 million vehicles over a cybersecurity vulnerability that could allow certain models to be hacked and controlled remotely.

But it doesn't feel like Chrysler is terribly worried about their vehicles actually being hacked.

This first came to the public's attention earlier this week. Two security researchers took complete control of a Jeep Cherokee while it was being driven in a demonstration for Wired.

"They can control the Jeep's steering as long as it's in reverse, pops its locks and of course control the brakes," said Wired's Andy Greenberg.

But Chrysler and those security researchers already had several conversations prior to that story. Chrysler actually had a software update ready to go that would solve the issue. (Video via Chrysler)

However, news of that update got a much softer release than this recall is getting. The list of cars it applied to was shorter, and the explanation of the problem the patch would fix was much more vague. (Video via Ram Trucks)

"Improved vehicle electronic security" is a pretty ambiguous way of explaining that this will keep your car from getting hacked while your driving it. (Video via Jeep)

In the Wired story, researchers estimated about 471,000 vehicles could be affected by this vulnerability, but this recall covers 1.4 million.

It doesn't seem like Chrysler was planning a large-scale recall at all until the National Highway Traffic Safety Administration got involved.

The Wall Street Journal reports the agency "encouraged" the recall and will monitor the company's response.

One possible reason Chrysler had such a light response could have been due to the high level of skill needed to carry out the hack. The researchers who discovered the vulnerability say it took months to write the code to get into the vehicle's system. (Video via Jeep)

There's also no evidence anyone has ever hacked a Chrysler vehicle outside of an experiment.

So Chrysler could be thinking this vulnerability isn't a real concern. This recall might be just to appease regulators and to help recover from some fairly damaging press.