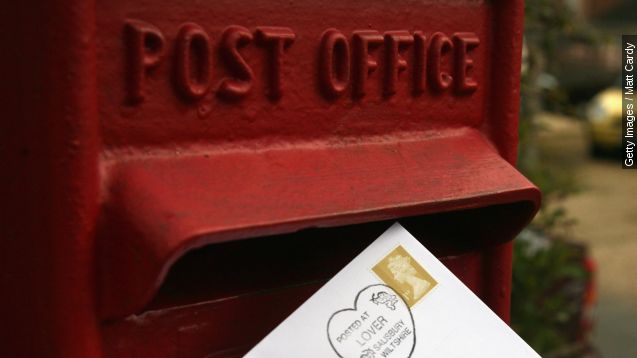 SMS
Christmas Probably Can't Save The Greeting Card Industry
By Katie Link
By Katie Link
December 14, 2015
They bring in about $2 billion in sales, but are holiday cards actually a thing of the past?
SHOW TRANSCRIPT

Snail mail is definitely still a thing. Well, as long as we focus on packages and the holiday season.

According to the U.S. Postal Service, approximately 15.5 billion packages, letters and cards will be delivered before the new year. But we have to wonder how many of those items are actually cards.

Nearly 172 years after the first holiday card was sent out, experts predict consumers will spend about $2 billion on greeting cards this season.

According to the Greeting Card Association, nearly 1.6 billion cards will be sold this holiday season. Add in the cost of stamps at 49 cents a pop, and it seems like a healthy industry right? Maybe not. (Video via Hallmark Cards)

Analysts say the greeting card industry is declining at about 5 percent per year. Hallmark, the largest greeting card company in the world, has drastically reduced its workforce to nearly half of what it was five years ago.

According to The Verge, a retail research firm predicts U.S. revenue from the greeting card industry will decline from $5.4 billion in 2013 to $4.3 billion by 2018.

No surprise, the Internet is largely to blame. With the rise of e-cards and social media apps, consumers have found other ways to share with the ones they love.

Which tends to include moms posting pictures like this on their Instagram accounts. Maybe we should all revert back to good old traditional cards after all?