Christina Grimmie, Singer On 'The Voice,' Dies After Concert Shooting 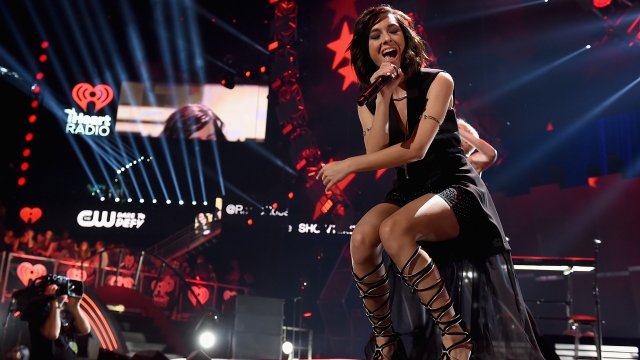 Christina Grimmie, a star of NBC's "The Voice," died early Saturday morning after being shot at a concert.

The 22-year-old was signing autographs after a performance in Orlando Friday night when a man approached her and shot her, according to Orlando police.

Orlando police tweeted that Grimmie's brother tackled the shooter. The shooter then shot and killed himself.

Grimmie came in third on season six of "The Voice." She auditioned for the show at the age of 19, performing Miley Cyrus' "Wrecking Ball." She impressed all four judges, and ended up choosing Adam Levine as her coach.

He said on Instagram before police confirmed her death, "I'm sad, shocked and confused. We love you so much Grimmie. We are all praying hard that you can pull through this...this just isn't fair."

After both Orlando police and Grimmie's publicist announced her death, "The Voice" tweeted, "There are no words. We lost a beautiful soul with an amazing voice. Our hearts go out to the friends, fans and family of @TheRealGrimmie."

Grimmie grew up in New Jersey and was first discovered in 2010 after posting videos of her singing on her YouTube page.

As of Saturday morning, police had not named the shooter or released a motive.