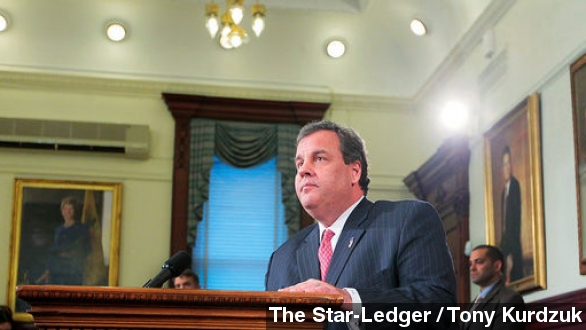 New Jersey Gov. Chris Christie has vehemently denied knowing anything about the George Washington Bridge lane closures that crippled the city of Fort Lee, but new documents from one of Christie's allies could prove otherwise.

The New York Times obtained a letter from the attorney of former Port Authority of New York and New Jersey official — and Christie appointee — David Wildstein who described the lane closures as "the Christie administration's order." He added, "evidence exists as well tying Mr. Christie to having knowledge of the lane closures ... contrary to what the governor stated publicly in a two-hour press conference."

During that press conference, Christie apologized for the lane closures and placed blame on people on his team, like former aide Bridget Kelly. Christie told reporters he fired Kelly for lying to him about what she knew. (Via NJTV)

Christie also said Wildstein played a major role in the lane closures, but in the letter, Wildstein's attorney claims his client "contests the accuracy" of statements made by Christie and "can prove the inaccuracy of some."

USA Today reports Wildstein is central in an ongoing investigation into the George Washington Bridge traffic jam that took place in September. Those lane closures were reportedly in retribution against Fort Lee Mayor Mark Sokolich, who didn't endorse Christie's bid for a second term.

A writer for Newsweek says the timing of the letter from Wildstein's attorney could be important considering the state legislature's investigative committee recently issued 20 subpoenas to find out what people knew about the scandal.

"​Those subpoenas are due to the committee in three days, on Monday February 3. Now that [Wildstein's attorney] claims evidence exists, it would be particularly unwise for anyone under subpoena to withhold that evidence."

Also on Friday, the lawyer for Christie's former campaign manager Bill Stepien said he plans to plead the Fifth Amendment when he's asked about the part he played in the Fort Lee traffic jam. Christie cut ties with Stepien following the lane closure revelations. (Via The Washington Post)