Christian Bale Bails On Steve Jobs Movie — Who's Next? 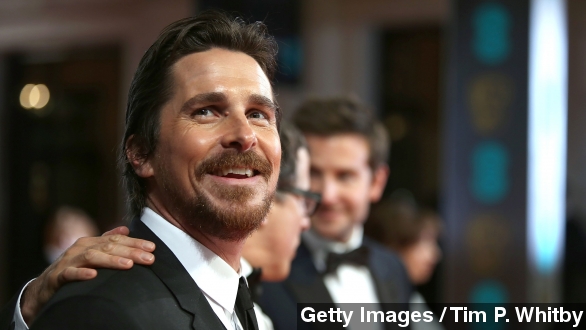 SMS
Christian Bale Bails On Steve Jobs Movie — Who's Next?
By Lauren Zima
By Lauren Zima
November 3, 2014
The rumors surrounding Aaron Sorkin's Steve Jobs biopic are getting as intense as Apple rumors themselves.
SHOW TRANSCRIPT

The rumors around this Steve Jobs movie are getting Apple-level, am I right?

As of Monday, Christian Bale is out of the Steve Jobs biopic that Aaron Sorkin wrote. That lasted all of, like, a week.

According to The Hollywood Reporter, Bale decided he wasn't right for the part.

We were a little worried when media like Variety kept reporting Bale was in but adding that he was just "in talks," and Sorkin seemed to be jumping the gun.

SORKIN VIA BLOOMBERG: "We needed the best actor on the board in a certain age range and that was Christian Bale. ... I couldn’t be more excited."

So now Bale is the iPhone-6th-ish actor to not be cast in this movie, after Leo DiCaprio, Matt Damon and some other possibles — and we're all like, "Who's going to play Steve Jobs?"

Because when Sorkin said he needed a phenomenal actor in a certain age range, he wasn't kidding. (Video via Sony Pictures / "American Hustle")

The actor has to play the Apple co-founder at three different points in his life. He died at 56. So ... we're ready to tackle the task — who could it be? (Video via AllThingsD)

MCCONAUGHEY FOR LINCOLN MOTOR CO.: "I can respect that."