Chris v. Chris: Should Pratt Be 'Sexiest Man Alive' Instead? 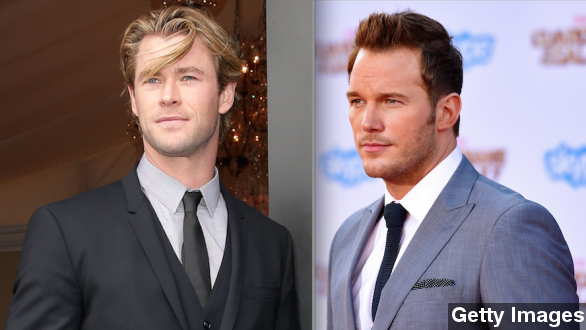 SMS
Chris v. Chris: Should Pratt Be 'Sexiest Man Alive' Instead?
By Lauren Zima
By Lauren Zima
November 19, 2014
Chris Hemsworth is People's "sexiest man alive," but there's some backlash: Was this Chris Pratt's year to get the title?
SHOW TRANSCRIPT

The choice of Thor was revealed Tuesday night, but there was some quick backlash ... over another superhero Chris.

Backlash summary: Chris Pratt, star of "Guardians of the Galaxy," was robbed.

And no one will ever forget the great Channing Tatum/Ryan Gosling debacle of 2012.

This is nowhere near that. But we see the point here.

And then when he told us he was keeping the Starlord costume to visit sick children?

PRATT VIA PANZERTV: "That would give me real meaning for this movie."

And then he did that?

It's like, come on. He's a winning combo of fun and fit, and early predictions had him locked in.

Plus, Hemsworth wasn't even in a movie this year. Shouldn't the sexiest man alive be at the top of his professional game? Next year he's got at least four films coming out. Couldn't we have waited?

But maybe Pratt had too much exposure near the end here. He was already on the cover for GQ's Men of the Year issue, and the sexiest man alive has got to stand on its own. Right?

What has worked for well for Hemsworth in 2014 are his twin sons, born in March.

Hand a muscular Australian man a baby, and well ... swoon. A simple play day at the beach for him and his fam made headlines in late October.

Either way, a banner day for Disney and Marvel.

And Pratt still made the cover. That counts for something right?