Chris Rock Set To Host The Oscars, And He Might Not Be Alone 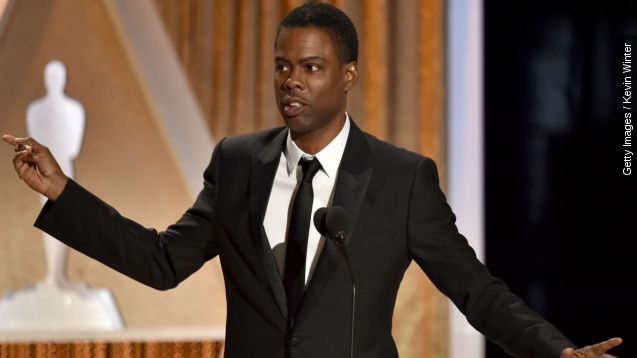 SMS
Chris Rock Set To Host The Oscars, And He Might Not Be Alone
By Kaileen Gaul
By Kaileen Gaul
October 20, 2015
Chris Rock is officially hosting the Oscars, but he might also have a co-host. Remember when James Franco and Anne Hathaway hosted together?
SHOW TRANSCRIPT

'Tis the season for award show rumors. Chris Rock is reportedly in serious talks to host the 88th Academy Awards.

It would be the second time the comedian has hosted the Oscars since 2005. The Academy has yet to comment on the news. (Video via Paramount Pictures)

Hopefully Rock can pull the awards show out of its rut, since in 2015 it earned its lowest rating in six years, but he won't have to do it alone.

Oscars co-producer David Hill told Entertainment Weekly "there will be multiple hosts for sure." But remember the last time they tried that?

But we could think of a few co-hosts that would make the show a lot less awkward for viewers.

How about Amy Schumer as a co-host? She recently shared some Instagram love for Rock who directed her HBO special.

Tracy Morgan might be a good option. He killed it on "Saturday Night Live" and Morgan had a part in Rock's film "Top Five" last year. (Video via IAC Films)

Then again, it might be fun to invite James Franco or Anne Hathaway back to co-host, just for kicks.