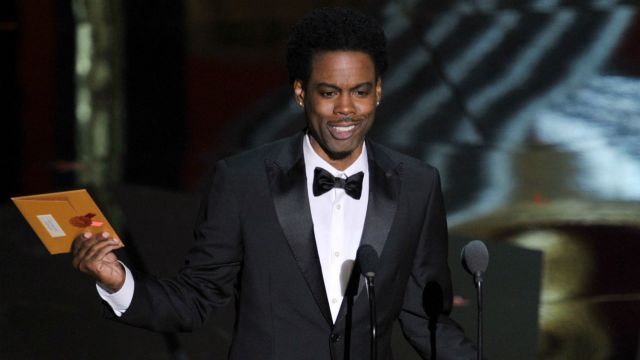 SMS
Chris Rock Is Rewriting His Oscars Monologue And Don Cheadle Is Pumped
By Kaileen Gaul
By Kaileen Gaul
January 24, 2016
Don Cheadle is excited for Chris Rock's monologue at the Oscars. Rock is rewriting in light of the #OscarsSoWhite controversy.
SHOW TRANSCRIPT

Chris Rock isn't boycotting the Oscars, but he is rewriting his monologue to address the lack of diversity in nominees. And Don Cheadle can't wait to see how Rock roasts the Academy.

Cheadle told People at the Sundance Film Festival he hopes that Rock "skewers everybody."  (Video via TBS)

Cheadle also said he hopes Rock takes down those saying the backlash is a form of "reverse racism."  (Video via Oscars)

That's probably a jab at Oscar nominee Charlotte Rampling, who called the diversity backlash "racist to whites" last week. She's since backtracked on her comments.

Other celebrities who have criticized the backlash include Michael Caine, Stacey Dash and Ice Cube.

Andy Samberg also mentioned Hollywood's whiteness when he hosted the 2015 Emmys. In the opening number about how he prepared to host, he sang that he watched every show "And I'm white."

We're guessing Chris Rock's monologue will have more than just a one-liner about the award show's diversity problem.