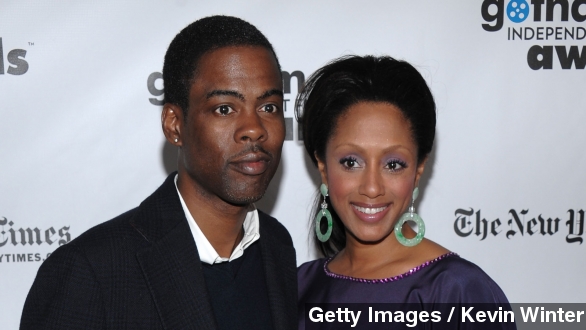 Chris Rock and his wife, Malaak Compton-Rock have reportedly filed for divorce after nearly 20 years of marriage.

Malaak confirmed the news in a statement to People saying, "After much contemplation and 19 years of marriage, Chris and I have decided to go our separate ways." The statement asks for privacy and doesn't go into detail about the divorce.

Chris and Malaak married in 1996 and together they have two daughters, aged 12 and 10.

Malaak is the founder of nonprofit styleWORKS and the Angelrock Project, which is an online community that promotes volunteerism, social responsibility and sustainable change.

There have been hints that the marriage had problems. TMZ reported back in 2006 that Chris had divorce papers drawn up, though the pair seemed to work things out.

And in 2010 the couple fought off rumors that Chris had fathered a child out of wedlock.

Chris has been in the news a lot lately for his new film "Top Five," which he wrote and directed.