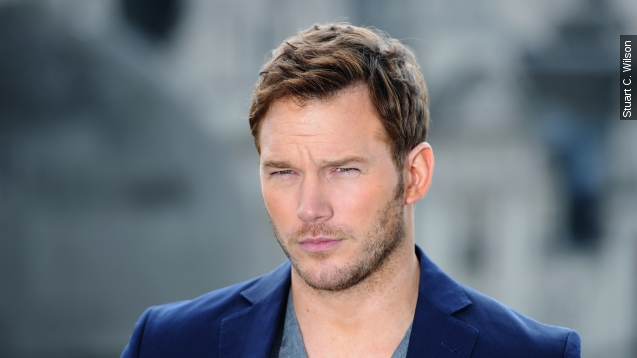 The “Jurassic World” star has come a long way since his days of living out of a Scooby-Doo minivan in Hawaii after college.

And if the latest installment in the Jurassic Park franchise delivers, he’s set to outsell his other 2014 mega-blockbuster, “Guardians of the Galaxy,” which opened to $94 million according to Box Office Mojo.

The dino movie is set to be the highest-grossing debut in the franchise’s history, with expected opening weekend sales of $125 million and already accounting for more than 90% of the weekend box office sales.

When Pratt burst onto the acting scene in the early 2000s, he got small roles in several movies before landing roles on hit television shows like “Everwood” and “The O.C.” Pratt then landed the role as the lovable Andy Dwyer in “Parks and Recreation.”

For fans of the show, it’s known that Pratt was not originally cast as a series regular. But his portrayal of the character was so likable that the executive producers decided to hire him full-time.

When he auditioned for the show, writer Dan Goor recalled his screen test saying, “The timing and the improv that he came up with was so funny and so perfect. It was like, that’s the guy.”

During the seven season run of “Parks and Rec,” Pratt landed roles in “Moneyball,” “Zero Dark Thirty,” and “Delivery Man.”

When he returned to the “Parks” set after his major slim-down from shooting “Zero Dark Thirty,” one writer said it was then she fully realized Pratt’s potential to play the “leading man.”

And after his huge success as Star-Lord in “Guardians of the Galaxy,” which, by the way, already has a sequel on the way, he proved his staying power in Hollywood.

It’s even rumored that he’s being eyed for the lead role in another huge franchise: “Indiana Jones.”

The stakes are huge for Universal this weekend. "Jurassic World" cost $150 million to make, but if analysts are right and it passes the $100 million mark, it will become only the third film of 2015 to do so.

This video contains an image from Getty Images and music by Brenticus / CC BY 3.0​ and footage from Universal.