Chris Pratt Could Be 'Indiana Jones': Awful Or Smart? 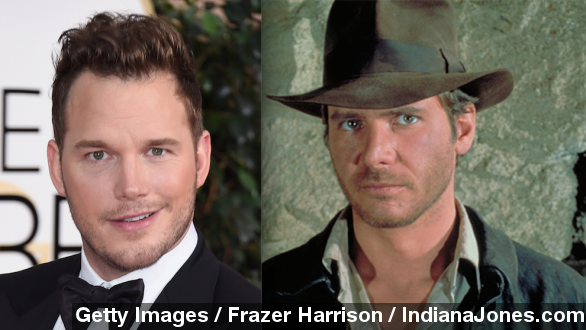 Your reaction to this is either going to be "is nothing sacred?," or "Oh my god, yes."

Deadline Hollywood is reporting Chris Pratt might be the new "Indiana Jones."

Yes, arguably the most in-demand man in Hollywood might star as one of the most in-demand men of all time — in-demand for artifact-hunting, anyway. Deadline says Disney is thinking of reviving the "Indiana Jones" franchise with Pratt in the role made famous by Harrison Ford.

Unless you've been living under a large, rolling rock, you know remakes, franchises and Chris Pratt are all the rage in Hollywood right now — this would combine all three. Money, people. money.

Pratt even looks like a cross between Indy and Shia LaBeouf's son-of-Indy-who-rides-a-motorcycle in this publicity still from the upcoming "Jurassic World."

Not that anyone wants to remember "Kingdom of the Crystal Skull." And that might be where any skepticism comes from here. The 2008 move was, frankly, terrible — so fans may be skeptical. (Video via Paramount Pictures)

ScreenCrush points out Disney bought the rights to the "Indiana Jones" franchise in 2013 but hasn't done much with them yet.

Disney also bought the rights to "Star Wars" around that time. And is doing a lot with those. And also involving Harrison Ford. (Video via Walt Disney Studios)

Oh, and news of the cast for the new "Ghostbusters" remake dropped Tuesday, too. It's the early '80s up in here, people.

We're guessing "Back to the Future" is next. But the DeLorean's like ... a Tesla or something. (Video via Universal Pictures)

The video includes an image from Universal Pictures.