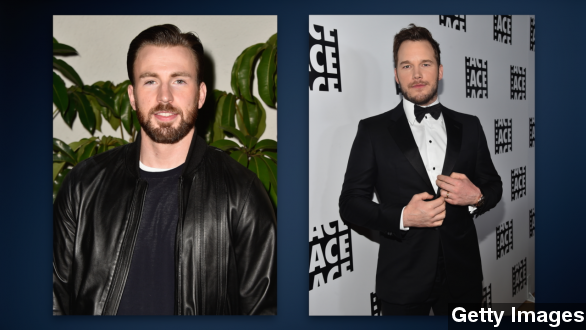 The Super Bowl is over, and now we know what will happen in the epic battle of two superheroes: Chris vs. Chris.

In case you missed it, Chris Pratt and Chris Evans wagered a bet over the game’s outcome, but it had nothing to do with money.

But guess what, the guys totally upped the ante. Shortly after the game, Evans tweeted at Seattle Children’s Hospital assuring them the superhero duo would be going to both Seattle and Boston.

The feud began on January 19, when the “Captain America” star shot off an incendiary tweet to “Guardians of the Galaxy’s” Chris Pratt.

Evans hails from Boston, home of the Patriots, and Pratt was raised in Washington, home of the Seahawks. Clearly, this meant war. The Hollywood Reporter quoted a Seattle Children’s Hospital spokesperson who was very elated. (Videos via Walt Disney Studios Motion Pictures)

"Visits like these spread joy throughout our hospital and can help brighten [the children's] stay. Captain America and Star-Lord are welcome at Seattle Children's anytime."

Leave it to a couple of superheroes to brighten our spirits after all those super-sad Super Bowl commercials. (Videos via Nissan, Nationwide Insurance)