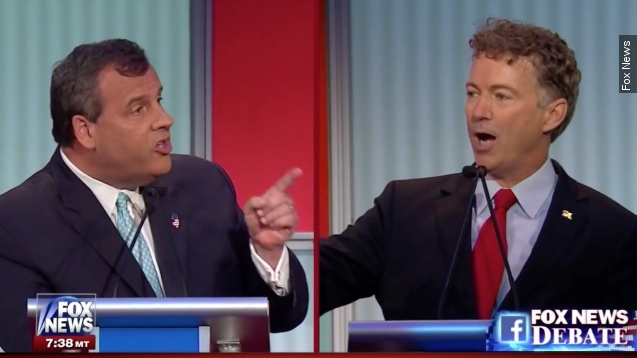 Christie vs. Paul on security vs. freedom. (Video via Fox News)

Christie told Paul "When you're sitting in a subcommittee blowing hot air about this, you can say things like that."

Paul shot back, "You fundamentally misunderstand the Bill of Rights. ... I know you gave him a big hug, if you want to give him a big hug again, go right ahead."

Christie often invokes 9/11 on the subject. "You can't enjoy your civil liberties if you're in a coffin."

But it might not play as well with base GOP voters.