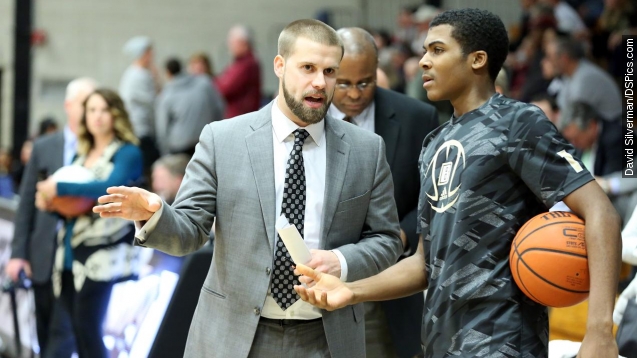 Chris Burns, an assistant at Bryant University, wrote an article for Outsports about his decision to finally open up about his sexuality, citing the Supreme Court decision to legalize gay marriage as his inspiration.

"When I had the time to sit and think about how this affects me and has shaped my own journey in life, it became a no-brainer," Burns said.

Burns follows in the footsteps Derrick Gordon, who became the first openly gay active NCAA Division I basketball player last year while playing at the University of Massachusetts.

And though Burns came out recently, he already has plenty of supporters in his corner.

Bryant's athletic director, Bill Smith, issued a statement saying, "We fully support Chris and what he is doing and are proud that Bryant University is a place where he feels comfortable telling his story."

Legendary Duke head coach Mike Krzyzewski told USA Today, "It takes a lot of courage to do what he's doing and I surely applaud him for it. ... Please know you'll be accepted by your brothers in the sport of men's basketball."