Chris Brown Probably Won't Be Able To Tour In Australia 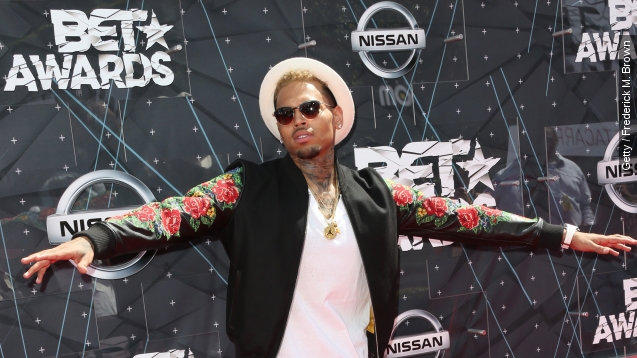 By Lexie Hammesfahr
September 27, 2015
Australia issued a "notice of intention" to refuse Chris Brown's visa into the country based on his domestic violence record.
SHOW TRANSCRIPT

Chris Brown might travel the world on his tour, but it looks like he may have to skip over Australia.

That's because the country's immigration department has issued a "notice of intention to consider refusal" of a visa because of his domestic violence record.

The artist was charged with felony assault in 2009 after reportedly beating his then-girlfriend, Rihanna.

He was sentenced to five years probation, 180 days of community service and rehab. (Video via RCA Records / Chris Brown)

In the past, Brown has been denied entry into the U.K., Canada and New Zealand because of his history with domestic violence. He had to cancel two Canadian shows in February and four in the UK in 2010.

The Australian Minister for Women, Michaelia Cash, said, "People need to understand, if you are going to commit domestic violence and you want to travel around the world, there are going to be countries that say to you, 'You cannot come in because you are not of the character that we expect in Australia.'"

Australian activists have stuck "I beat women" stickers on a few advertisements for Brown's tour in protest.

Domestic violence has become a growing issue Down Under and has caused 63 deaths in the country this year.

The prime minister told reporters, "We have to make it as though it was un-Australian to disrespect women." (Video via ABC)

In addition to tightening the borders, the government will work towards handing out 20,000 cell phones over three years to women trying to escape domestic violence. It will also use GPS tracking to monitor abusers and implement safety buttons for women who need to call for help.

Floyd Mayweather was denied entrance into the country earlier this year because of his domestic violence record. Brown has 28 days to appeal the notice.